Established in 2009, the Cordova Civitan Club is a dynamic and diverse club that is working hard to make a difference in the Cordova community. Our members include real estate agents, bankers, housewives, nurses, business men and women, veterans, entrepreneurs, retirees and many others.

One of our members, Mike Cunningham is an executive director with the YMCA. He was the founding director of the Cordova YMCA since its inception in 2010 and allowed the Cordova Civitan Club to meet at the Cordova YMCA. In 2013, the Cordova Y was asked to pilot a SNAAP program for special needs teens. SNAAP is Special Needs Aquatics and Athletic Program-designed to help these athletes gain self-confidence and strength and to enhance fitness and endurance in a safe, supportive atmosphere. Our club was excited to support Mike and the Cordova Y in this venture by contributing $1000 to help launch the program. In addition, through the efforts of one of our members, Dossett Foster, we were able to further support the program with a grant from Civitan International for $500.

Today, under the direction of Brian McLaughlin, the new executive director for the Cordova Y, (and a new member of the Cordova Civitan Club) and Jimmy Corrigan, director of the SNAAP program, this program has 2 paid staffers and 4 volunteers who work with a group of 14 athletes, ages 14-18. Each week, they guide them through a variety of exercises, drills and strength training. To date, the program has been mostly land based, but the goal is to expand to include a full water component in the fall. Since, the program began; they have grown and expanded, including the creation of a partnership with Madonna Learning Center-a “private, independent and faith-based school for children and young adults with disabilities”. In 2016, they hope to run SNAAP as a class through the MLC School, in addition to the program at the Y. Plans are also in the development phase for a possible partnership with the University of Memphis to connect grad students with the program in an internship program.

The Cordova Civitan Club is excited to have been able to help start this fantastic and dynamic program at the Cordova YMCA and we look forward to an ongoing partnership with the YMCA. 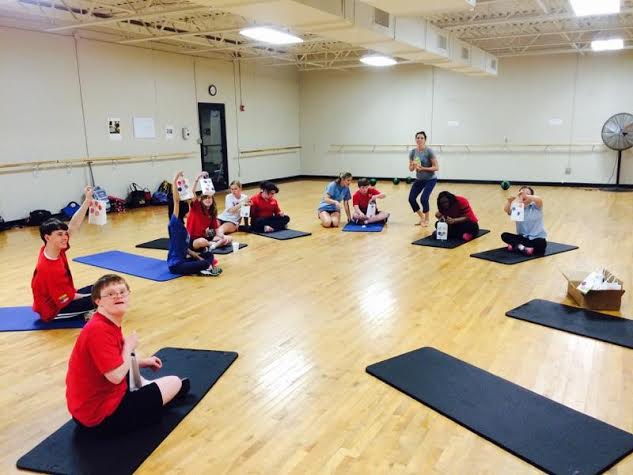 Oops, you forgot something.

The words you entered did not match the given text. Please try again.

Reply seassyHoG
9:46 AM on September 10, 2022
It arises when the cardiac system of one twin does the work of supplying blood for both twins. hcg vs clomid

Reply Arroste
9:30 AM on September 5, 2022
cialis pills for sale Print and digital books, guides, and services for teachers and learners worldwide

Reply ScoOrmA
10:44 AM on September 3, 2022
As stated from its website, PayPal doesn t allow transactions for prescription medicines and certain products that are regulated by the government and other recognized country-specific agencies buy priligy in the us Erectile dysfunction following prostatectomy prevention and treatment

Reply Boalato
5:31 AM on September 1, 2022
With the proliferation of fake online pharmacies, it is important that consumers know which sites are legitimate cialis online no prescription by Ira Farmer - Narrative Feature

Reply accodsend
2:11 PM on August 18, 2022
Zithromax How Quickly Does It Work ivermectin for cats

Reply Ferdinand
5:10 AM on June 9, 2022
Generally I do not read article on blogs, however I would like to say
that this write-up very forced me to try
and do it! Your writing taste has been amazed me. Thank you,
quite great article. donate for ukraine

Reply Reggie
1:57 PM on June 7, 2022
I don't even know how I ended up here, but I thought this post was great.
I don't know who you are but definitely you're going to a famous blogger
if you aren't already